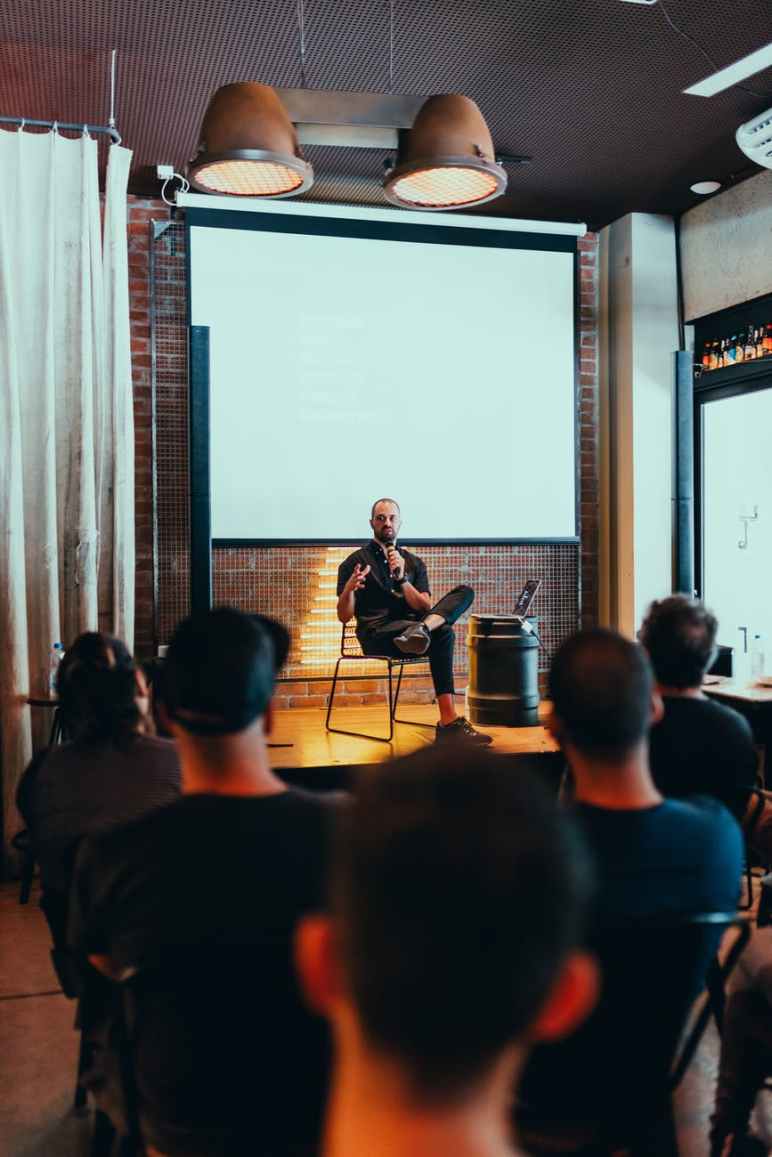 I went to my first writing convention when I was 15 1/2. I remember this because I had to have my mom go along with me. I only had my learner’s permit to drive and needed an adult with me. The conference was in Carson City, Nevada, and I seem to recall that it was actually a two day conference, though it might have only been one.

My mom had subscribed for two years to Writer’s Digest magazine for me and I think I had heard about this conference in the magazine. My dad must’ve generously paid for the conference, and my mom got the duty of hanging out in Carson City for a couple days.

I remember arriving at the conference and going into the conference room and taking a seat at the back. Kind of in the back corner by the door. I was so nervous I thought I might throw up. Here I was a fifteen-year-old kid sitting around with all these adults. Here I was calling myself a writer when I was still a mere high school student. Yeah, I’m still surprised I didn’t puke.

I remember sitting there, quiet as a little mouse as was my nature back then. For the first thirty years of my life, very few people knew that I actually knew how to speak, which is kind of funny considering that I only recently realized that I didn’t start speaking until I was three. I was listening to the conversations going on around me, again, the habit of being a silent person and a people watcher. One man near me was talking excitedly with some people he had just met. They were all discussing how hard it was to get published. He saw me and must’ve thought that I would be great entertainment in this discussion, for what else was a fifteen-year-old kid doing here.

He turned to me and he asked if I had tried to get published.

“Oh, yes,” I said suddenly feeling like I had something to contribute to these other writers that were having a great conversation.

Of course, that led him to asking me the related question of if I had actually published anything. “Yes, twice.”

His jaw dropped. The people in the seats turned closer to me. I didn’t even have a chance to explain that my publications were really publications. I was trying to stammer this out when he asked me, how old are you?

I told my age and I said really this is not a true publishing credit one was in a poetry anthology I had to pay for a book to get in there the other was in a statewide school competition because I had one the competition for my high school. I had no real competition; I grew up in a small town.

He clamored that it really didn’t matter, that fifteen-year-olds were getting published and they were having such a difficult time of it. I realized then that publishing was just a matter of perspective. He seriously counted those two things, a vanity publication and the school journal, which no one except for the people who entered would ever receive a copy and read the story, as publications.

What else do I remember from that conference? Not much honestly. I remember having lunch with my mother and being so excited. I had a ton of notes which I think I have sense lost or filed away over the years. I vaguely remember driving and being so excited to be going back that second day. I wish I remembered more. But the knowledge must’ve sunk into my subconscious and hopefully it remains there to this day has solid information when I need it.