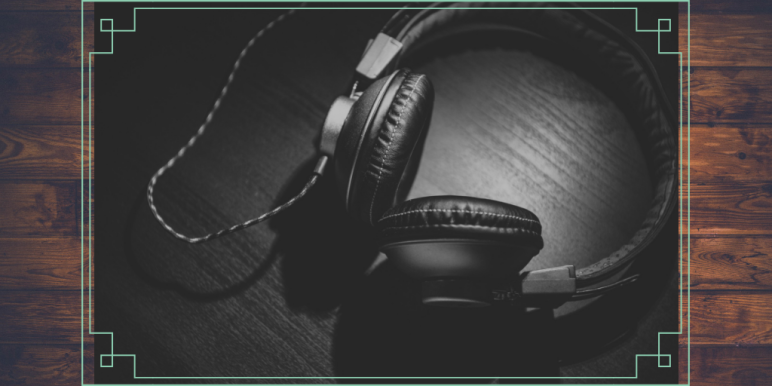 When I was looking for a new book to listen to, I decided that I wanted another DWJ book. I had once heard that Castle in the Air was a sequel to Howl’s Moving Castle. On this particular day though, I couldn’t find any confirmation that it was. I decided to take the chance on the book because… well, Diana Wynne Jones. Need I say more?

And I started listening.

First, I imagine the narrator, Jenny Sterlin, as an older English woman. I enjoyed hearing her do mock Middle Eastern accents (like I could do any better!). Really, it made me laugh with enjoyment.

Now, there are some things I didn’t like about the narration, mostly the fact that the breaks in the tracks didn’t follow with the chapters. It sounded like it was the entire read from a day, but I also realize that it might have come from a recording originally meant for CD, so I give it.

About halfway through, I was getting a little tired of everything always going wrong for the main character. It seems like hardly anything goes right. I was beginning to wonder if this would be the first DWJ book that I didn’t like. Inconceivable! I certainly didn’t want to not like it. But, I also knew that sometimes Diana can take awhile to get things to come together, like Enchanted Glass or The Lives of Christopher Chant. So I waited, wondering how the heck she was going to have enough material for the hours that I had left.

I was certain that this was not related to Howl’s Moving Castle at all.

I finally took to analyzing why this book felt so long. I was no longer listening and enjoying (not that I wasn’t, but I was trying to figure out why this wasn’t rolling along as I wished). This was, after all, Diana Wynne Jones.

I was listening along and a character names Sophie mentioned Howl’s name. I nearly dropped my phone. This was Howl’s Sophie! All of a sudden, the story looked bright, shiny, and new. I was so excited. Howl!

The pieces of the story suddenly started falling into place. The only thing that I missed was Calcifer. Dang little fire demon!

I really enjoyed how it all came together, as always. I don’t know why I ever lacked the faith with her story. DWJ is an amazing storyteller.

I do have to admit that when Jenny Sterlin got to doing Calcifer’s voice, I thought, “I want Billy Crystal.” My whining aside, she did an excellent job with Howl’s voice. I really want to get the audio for Howl’s Moving Castle just to listen to Jenny’s performance. I want to hear her take on the tale.

Now I’ve moved onto House of Many Ways, which is much easier to see is a continuation of the Howl series. Then I want to go back to the Chrestomanci series. Oh, so many DWJ books I still have to discover. I can’t wait for the adventures.

A ghost rose in front of me this morning and gave to me a “field of care.”

Yes, this is going to take a little explaining.

It’s apparent to most people who talk to me, follow my blog, or generally interact with me in one way or another that Loki writes the stories through me. I’ve said before that I’m not clever or funny enough to write his stories. I’m glad he chose me to be his author.

And I’ve often said that I trust the process of writing. Again, I’m just not clever enough nor do my plans ever work out as I make them, so there is no way I could have plots come together like they do. I’m always trying to get words down rather than make them up.

With all that out of the way, let me get to what happened yesterday at the convention.

I was talking to a lady about Diane Wynn Jones because she had a Calcifer shirt on. She told me she had ready the book, Howl’s Moving Castle. So we chatted for a bit. (PS come see me today at FanX Salt Lake)

This morning, I was wishing that I’d mentioned Enchanted Glass to her, another book by Jones which was published shortly before her death. It was probably one of the last books she saw. In Enchanted Glass, the main character inherits a “field of care” from his grandfather. Throughout the story he spends time walking around his field and overcoming obstacles. Only once he has full accepted his “field of care” does he come into his full power.

Here’s where the ghost comes in.