Magic is real. It’s not quite like you imagine it to be and certainly not like the tricks of stage magicians. But what exactly is it, can it be measured, and can it be scientifically proven.

This is the premise of Dean Radin’s Real Magic. Radin holds a PhD and has done many experiments for psi research.

I listened to this in-between finishing A Flaw in All Magic and Solve for Happy. I could only take so much of this book at a time. And just as the process would have it, some of the sections I listened to in conjunction with Solve for Happy were entertaining. Sometimes it felt as if the two were at extreme odds with either other and I got to see two sides of how scientific minds explore similar topics. At other times, they were in agreement, but saying it in two ways based on their own life experiences.

END_OF_DOCUMENT_TOKEN_TO_BE_REPLACED

I can’t believe we’re almost halfway through November now. When did that happen?

I’ve been reviewing where I’m at and all I accomplished (or didn’t) this year. It feels strange to not have my next publication date at least in mind — the calendar right now is barren, at least in that aspect. I do know what’s coming, I just don’t know how long it will take to get there; more on that in a moment. Right now, I’m about 10,000 words away from hitting my yearly word goal that I’d wanted to accomplish. I figure I’ll be there by the end of November. There is a part of me that’s tempted to take a month off. Don’t worry, I won’t — I fully plan on breaking the tape and continuing beyond, mostly because I’m curious how far I can go. Last year was too much of a push, so I had backed off some this year and still wanted to make it a challenge. I think that challenge has pretty much become norm for me, but I might want to shift my goals a little next year, so I need to take good stock of what I can do.

Next up on what I plan to publish is Tangled Magic. I’ve been working that over this week and am finally getting to a place where I’m satisfied with it. If you read the whole thing here on my blog, you are in for some wonderful changes. I hope you will be as delighted by the arrangement of scenes (it was getting a bit fragmented there at the end) and new scenes that have been added as I am. I do still have a lot of work to do on Walk the Path, but I hope it comes together just as quickly. Obviously there is also Dragons of Wellsdeep which is getting close to… well, I feel as if I should be three quarters of the way through, but I don’t think I am. But I know the direction I’m heading. I don’t know if I’ve ripped out a scene that will be coming up in the next couple of weeks or not — in trying to structure as I go, I can clearly see that this scene doesn’t fit, at least now where it’s at. I really liked the scene too. But maybe another book. Maybe it’ll be a book where I write the story around the scene just so I can have it (then I’d probably end up tearing the scene out of there too because it wouldn’t fit –writers are weird creatures).

That’s three books I plan on having out next year.

I know, I know. I hear you! There’s no Loki or Sacred Knight in that list. I know already!

END_OF_DOCUMENT_TOKEN_TO_BE_REPLACED

If you’ve been following me on Twitter, you know that I’ve been listening to Solve for Happy by Mo Gawdat for the last couple of weeks. Let me start by saying that I don’t think I’ve ever cried so much by listening to an audiobook before.

Solve for Happy came about from Mo’s own search to be happy when he found that all the things he’d accomplished and acquired so far during his life left him unfulfilled. He began to pursue his personal quest for happiness analytically like the engineer he is. Not as a psychiatrist, or a self-help guru spouting things that he has yet to experience, but as a scientist seeking his own answer. What he found led him to share his findings with his friends, who reported back with similar results. He started to feel that he was finding the answer and began to fine tune it.

END_OF_DOCUMENT_TOKEN_TO_BE_REPLACED 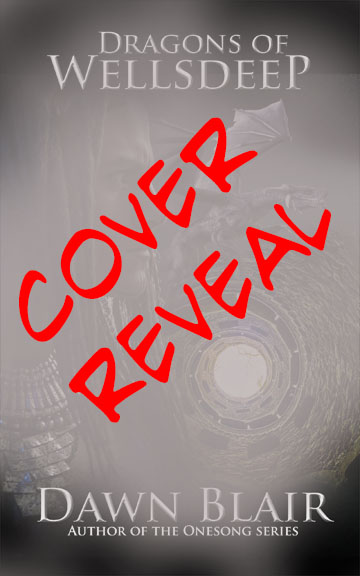 I hope you’ve been enjoying Mystery of the Stardust Monk each week. Next up in a couple of weeks will be Dragons of Wellsdeep. Much like when I started posting Onesong, the story isn’t completely finished yet and what you’ll be seeing is an unfinished version of it.

Yes, you get to see all the mistakes in their grandeur. (grin) It’s a true look at how I work.

END_OF_DOCUMENT_TOKEN_TO_BE_REPLACED

I was sorely tempted to post this last week and delay the ending of Onesong by one week, but I figured I might have readers coming at me with hatchets if I did that. **grin**

I am kind of disappointed that I couldn’t post this on the 4th of July, but it’s not a very happy story, so I thought it might be best if I wait anyway.

This is a story I wrote last year. My reader sent my comments back, but I honestly don’t think I’ve incorporated them into the story yet, so you’re seeing this pretty much just as my reader did. Nothing about this story here is final. This story kind of got lost in the events of last July — I’d really thought it would be my July 2018 release. But, yeah, llama face.

Obviously I’m still tired and words are not my thing right now.

I thought you might all like a short break before I start something else. I really did like running with a novel. We shall see what strikes my fancy for next week, but for now, a short story.

Uploaded on the 4th of July

END_OF_DOCUMENT_TOKEN_TO_BE_REPLACED

So after two months of squeaky wheel battling to get my Morning Sky Studios domain up and running, it suddenly started working last weekend.

I wish I could say this was good news, but I’m not certain that anyone is really running the ship over there at the web hosting company. I honestly think it was an automated process rather than someone actually doing their JOB!

But, that gives me time.

I now have until May to get things all reworked and since these direct to sites that have been more focused on art rather than writing, they will actually be easier. I now have until next February to get Morning Sky Studios pointed to the new sites.

I’m no longer in quite the panic I was. I’m still tired though. The time change finally caught up to me and I found myself totally exhausted. I think I was just so physically and mentally drained, especially after having upper respirator infections weakening me too, that it just all made my sleep weird for the last week. That’s the only way I can thing to describe it: weird. I was sleeping, not nearly as deeply as I normally do though according to my watch, and I felt like I was just beneath the surface the whole time. It gave me some funky dreams too. The only one I really remember is the one where I was painting a Def Leppard cover (sort of). I had this vinyl record album that was wrapped in plastic, the cover itself was white while the band’s name was done in red, and there was only a picture of young Joe Elliott in black and white. I was trying to paint a portion of the cover in blue (on the plastic) and I had to paint very carefully because the plastic kept shifting. See? Strange dream, like I said.

I’m finally starting to feel out of that weirdness now, so I hope by the end of the weekend I’ll be back to my “normal” self.

Prince of the Ruined Land is still coming along well, though I have hit that stage of asking myself, “What the hell do I think I’m doing!?!!!??? Couldn’t you just leave well enough alone?” Yes, I do often talk to myself in both first and second person. Don’t you?

Anyway, my point wasn’t to bring a progress report — I really need to save that for Monday, but rather to share my good news about having more time. I’d love to get the codes to transfer my other domains, but if I don’t, by May it won’t be the end of the world if I don’t. I still have to go through everything, but that’ll be easier once tax season is over and my job isn’t taking so many extra hours. It makes me happy that the stress is off to get everything done.

Well, I’m off to go work on Prince.  Would anyone be interested in seeing a first chapter excerpt? Let me know. If there’s interest, I might run something on a Friday. I think that might be fun. 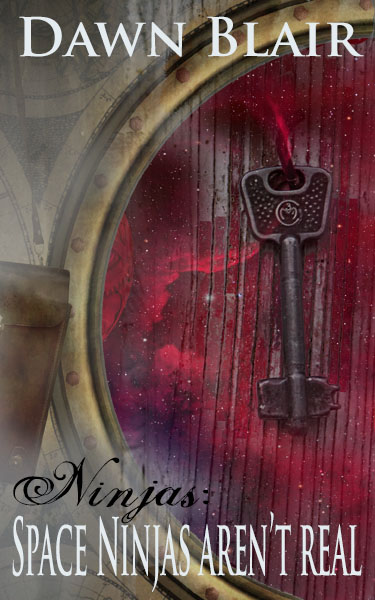 I will be the first to admit when this title popped in my head and I started writing it, I thought it would be a comedy, something along the lines of the humor in my Loki series.

Yeah, not so much.

Selena was too serious of a character right from the start. As the story progressed, I realized why she was so uptight. It took some prodding because she really didn’t want to admit that she’d done anything wrong. I’ll save that for the story.

But I did want to give you a preview.

Let’s go check out a sample of the story, shall we?

Selena Bennett stood at the large, cold, plastiglass window of the space dock and watched as shuttlecrafts flew to and from the larger spaceship, the Honeycomb. It would be her new home for the next couple of months. Thinking about all the supplies the