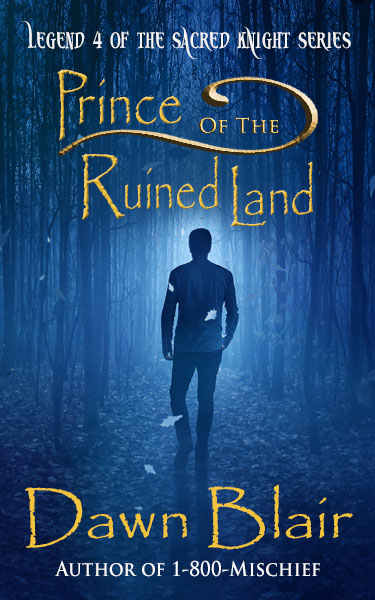 I know that for the last few weeks you’ve heard a lot about Prince of the Ruined Land. I feel that I owe you for sticking with me and I want to reward you for being loyal readers.

So, here’s the first chapter of Prince of the Ruined Land (Book 4 in the Sacred Knight series)

Prince of the Ruined Land

“Every new beginning comes from some other beginning’s end.”

The fact Steigan held onto life startled him.

He thought the last remnants of his existence might be wiped away by the intensity of the magic. Yet he found himself standing, staring at the gray cobblestones of the ruins beneath him.

More than a ghost on the doorstep.

A soft wind sweeping through the rubble brought a chill to Steigan’s skin as he stared at his hands and flexed his fingers. He couldn’t believe they looked so young again, before the age spots had started to appear. A new future lay ahead of him, yet never had the expanse of time looked so bleak.

Some dim part of his thoughts told him he was home, yet he couldn’t fight through the fog that gripped him. He was back, yet he didn’t allow himself to believe. How could this be?

All he wanted to do was rest. He thought by now he’d be able to do that. Where was all the magic? He felt none of it coming to him. Steigan dropped to his knees and shouted out his frustration, tears burning in his eyes.

With some vague awareness, he heard people clamoring nearby as they urged him to get to his feet. Steigan glanced around, a dull numbness over his senses as he tried to pull himself from the confusion surrounding him.

A crash jerked Steigan partway from his trance. He raised his head toward the sound. The wooden main gate of Lilinar bowed inwards as it was rammed from outside again. The securing crossbar bulged and was beginning to crack. He did have to get to his feet. They had to get moving. He knew their urgency was important, but he didn’t remember why.

Steigan looked over at the flattened landscape of the ruins. This had once been his home. In his memories, he remembered buildings along the path, but now he could barely see foundations. Weeds and little skeletal trees that had tried to grow here pushed the rocks apart. Vast expanses of the castle were missing. Only the wind visited Lilinar anymore. He barely recognized it.

Another boom thundered through the ruins. Dust fell from the aged wood as the main gate began to splinter. Martias, Adonid, the domini from the Temple, they would all be coming through to arrest Steigan and the people with him. He really needed to get up. He had made it. Now, he had things to do.

END_OF_DOCUMENT_TOKEN_TO_BE_REPLACED

The manuscript for Prince of the Ruined Land is done.

Well, more accurately, I am done tying it all back out after ripping it to shreds and making it not look like Frankenstein’s monster.

I am currently up to chapter 5 in my final read-through and I haven’t made any major changes. Still making some minor tweaks as I go along, but it’s usually the changing of a word or a phrase — not the major changes to scenes as it has been for the last couple of weeks.

Last night, I also started the character list for the book and I worked on tweaking the cover again thanks to some issues pointed out to me (Thank you, Sean!). I still need to work on the map too.

It will be ready for release on time.

I’m so excited (and a little nervous). How about you?

The story is experiencing growing pains. I thought I’d show you where the chapters are at right now.

Yes, this is the typical experience of me writing a story. There are some major changes ahead. I don’t know how much longer I can hold her together. (sheepish grin). I’m doing what I can.

Onesong is an epic fantasy story filled with action, adventure, and sword and sorcery. Chapter 22 is available for 1 week only! Unless you subscribe to Patreon at the $5 per month level where you can get additional access. If not, it will turn back into a pumpkin and a new chapter will appear! 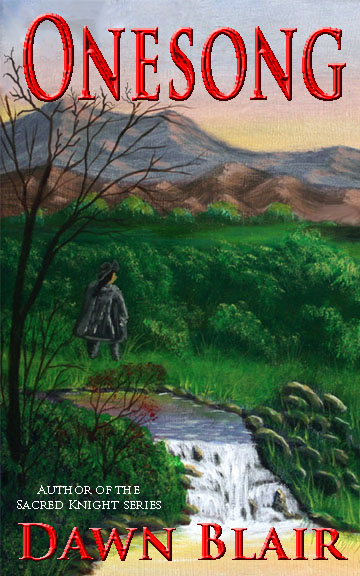 This chapter of Onesong was available for one week only and has now turned back into a pumpkin. If you missed it, click on the links below to find it or another great story to read. There’s also another free story or story excerpt somewhere around my blog – I try to post something new every Wednesday. Hunt the story down, read, and enjoy!

BUT WAIT! If the story is still running on my blog, certain Patreon subscribers can still read it while the story is active on my blog. Some stories will remain up for even longer. Plus, leveled-up subscribers get the chapter a day before everyone else. Check it out now at www.Patreon.com/dawnblair.

Now you can support this blog on Patreon.

This video offers a mix of backstory with current happenings in the 3rd book. Enjoy.